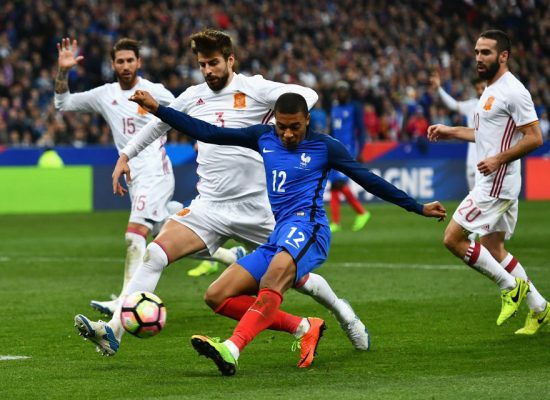 The satellite’s unique coverage provided a single-hop broadcast from the World Cup host cities to the Latin American countries without the repeated uplink from Europe that respectively helped to reduce delay of the TV signal transmission. Both Latin American and Russian viewers watched live broadcasts of the training sessions of their national teams, interviews with the fans from the fan-zones and other news of the World Cup from different Russian cities.

“We have received positive feedback from our foreign customers regarding the high quality of the TV signal transmitted via “Express-AM8”, said the CEO of Romantis OOO (Russia) Dmitry Belyaev. “Also, it is important to note that we provided the specialists from Latin America with the 24/7 technical support including deployment of the flyaway broadcast terminals. The operations control was performed by the monitoring center that had been earlier deployed by the specialists of Romantis and RSCC and for several years already operating in Brazil”.

Ksenia Drozdova, RSCC Deputy Director-General for Business Development, noticed that, “We are honored to take part in a truly historic event – the holding of the World Cup in Russia.“Express-AM8” is the only Russian satellite that has a unique configuration that allows to organize high-speed information bridges Russia-Latin America, which creates wide opportunities for HD / UltraHD video transmission with minimal signal delay. Thanks to a joint teamwork with partners, we managed to broadcast live reportages at a high level”.

Romantis Group is an international alliance of specialists and companies professionally engaged in satellite communications. The group consists of regional subsidiaries and international partners specializing in distribution of satellite capacity, systems integration, research and development, ground segment hardware manufacturing. The companies of the Group own licenses for service provision in their regions and offer end-to-end solutions for broadcasters, telecom operators and corporate customers. www.romantis.com

The Russian Satellite Communication Company (RSCC) is the Russian satellite operator whose spacecraft provide a global coverage. RSCC provides a full range of communications and broadcasting services via its own satellite fleet of 12 up-to-date satellites and terrestrial infrastructure: video distribution and contributions, DTH-services, presidential and government applications, broadband access and Internet, IP trunking and cellular backhaul, mobility solutions for vessels and others.

The RSCC satellites are positioned along the geostationary orbit from 14 ° W up to 145 ° E, covering the entire territory of Russia, CIS, Europe, Middle East, Africa, Asian-Pacific region, North and South America, and Australia. http://eng.rscc.ru